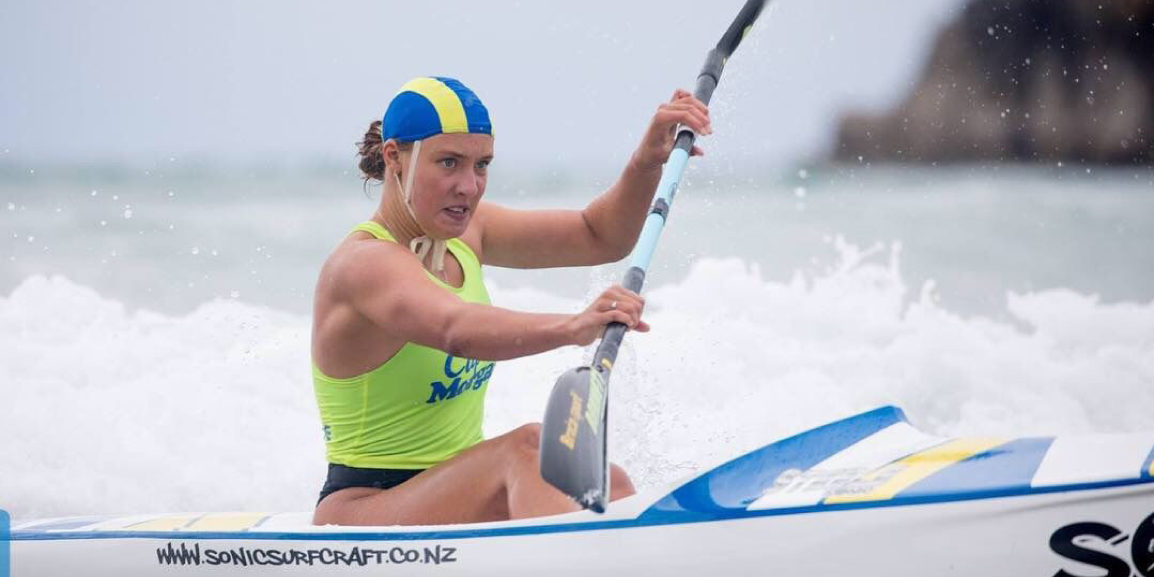 Christy is a member of the Waikanae Surf Life Saving Club (Gisborne) and this year is facing her biggest challenges yet.

Placing first this year in her Surf Ski National Title has confirmed Christy’s position in the NZ Youth Development Squad and she has been selected in the Junior Black Fins to compete in South Africa for the International Surf Rescue Challenge where she will be racing in the Surf Ski and Sprints in late September.

In Christy’s own words:

My goals for this coming season is to go to SA and podium in all three of my ski races. After a season racinghere in NZ, I want to regain my U19 Ski title and be selected in either the NZ Open Development Squad or the NZ Open Black Fin Squad as I am no longer eligible for the youth squad. From this, my goal is to represent New Zealand in the Sanyo Cup in Japan mid next year. I also plan to head to Aussie to race for my Australian
club Alexandra Headland in the Aussie National Titles and the Queensland State Champs, where in both events an my goal is to get a podium finish in the ski.

Good Luck Christy and we look forward to following you in this great adventure.